The last two drives were amazing. It just keeps getting better and better. We saw a pride of lions sleeping from 25 feet, a solitary hippo sunning himself and two male elephants fighting at dusk.

On the final drive, we learned how the different lodges work together and communication on a clever series of radio channels. We had just left on the final morning (Monday April 18) and we got a call from Lion Sands, a neighboring property. Each property has its private land within Sabi Sands and owners have reciprocal rights with other properties to look for game.

The call was from Lion Sands Ivory Lodge on the Kingston “farm”. More on “farms” later :).There was a male leopard who killed an impala during the night and was high in a tree eating it.

We were standby 3. The person making the sighting organizes the order in which subsequent vehicles will pull close to take photos.

Twenty minutes later we arrived as standby 1. The vehicle left and we tried to get angles to take photos. First angle below, more on Facebook. 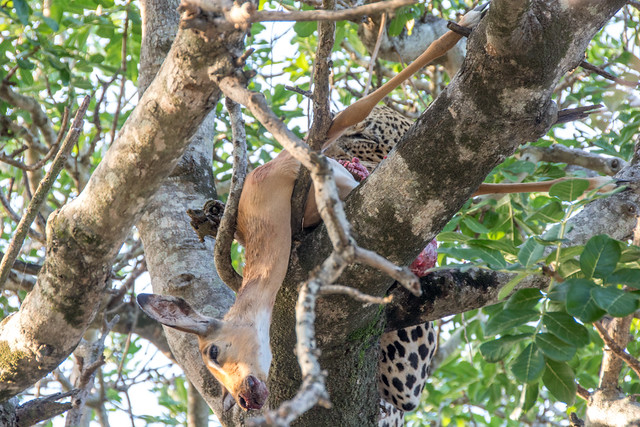 Later we stopped as we always do at a spot for coffee in the bush. It was a beautiful watering hole. We were joined by a dozen hippos watering themselves as shown below. 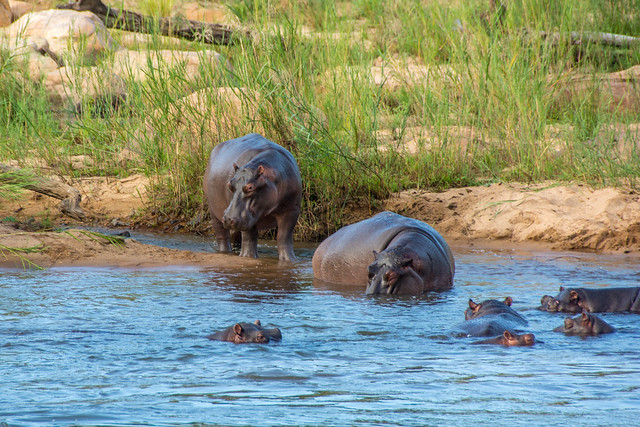 Then, to end the trip, we had a surprise breakfast in the bush with white linen, champagne and the typical (I know by now three cities later) breakfast of scrambled eggs, grilled half tomato, mushrooms and onions. It was a magical way to end a magical trip. 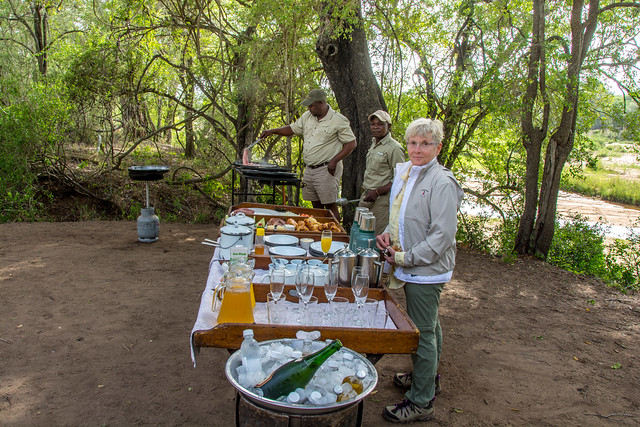